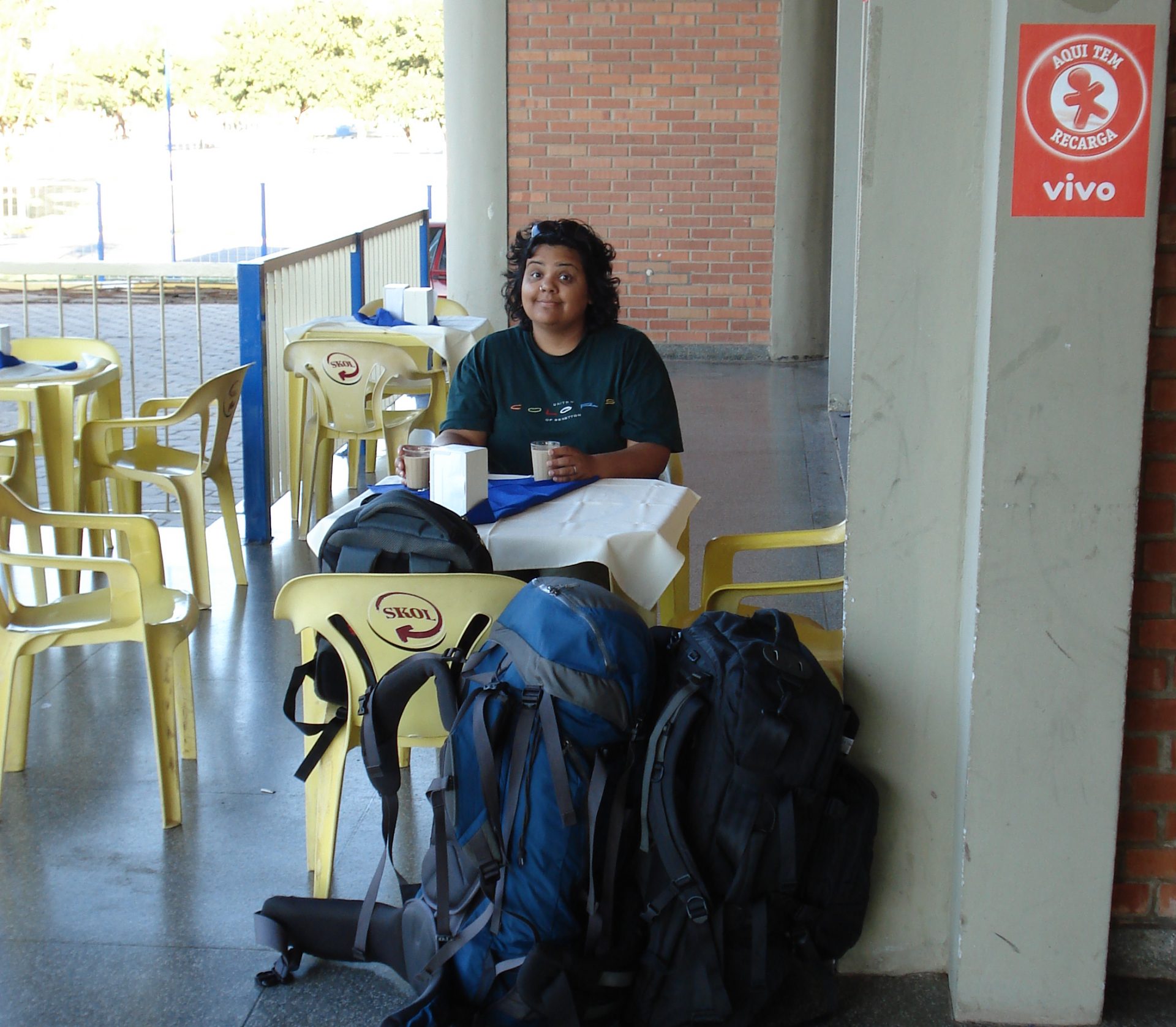 Our plan was to take the 3pm bus, straight to Campo Grande (12 hr bus ride), from where we would take another bus to Corumba (6 hr bus ride), then a Taxi over to Puerto Suarez, Bolivia, where we would spend the night and catch our flight to Santa Cruz the next morning at 11am. Since the 3 o’clock bus was already full, and the next bus leaving at 6 was also full (it actually filled up while Karthik was at the agency trying to buy the bus tickets), we had to take an indirect route. So this is what ended up happening:

Today Raquelle took us across the border – and we’re so glad she was with us, as we definitely would’ve been lost without her. The Immigration office at the border looked like an old storage room, with a beat up motorcycle and other paraphernalia still around. She dropped us off at the airport, prevented us from getting scammed by the porter, and waited till we went through “security”. We were happy. The flight was short – 1 hour – and we were in Santa Cruz, Bolivia!